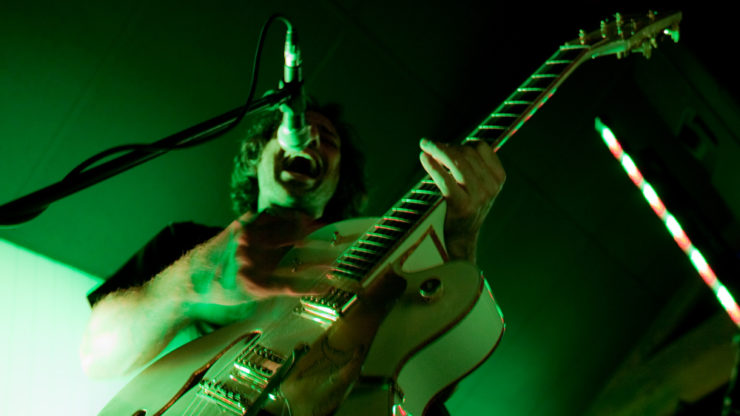 For the next eight weeks Kingdom Music and Hutt City Council will bring local bands and solo artists to the Lower Hutt CBD this summer for a cool lunchtime vibe.

These summer concerts are located on the green at Andrews Avenue (next to the old Post Office building). Grab lunch from your favourite café and pop down to enjoy sunshine and sounds. Performances are from 12-2pm, and there will be plenty of seating to sit back and enjoy the music.

Here’s the lineup for the first month:

Aaron has performed for the All Blacks, the Hurricanes and he regularly plays for the Phoenix soccer team at their after match functions! And that’s just to name a few. His one man band style delivers tasty vocals, soulful guitar licks and great grooves. Covering tunes ranging from Bruno Mars to Fleetwood Mac there’s bound to be something for all to enjoy.

Daniel enjoys performing a number of different genres including Blues, Jazz, Funk Rock and Pop, and is currently working on recording his first original album. For his Sound Bites show he will be performing his favourite solo arrangements of well-known songs, and original compositions.

Brendon has been delighting audiences in Wellington for nearly two decades. From his days as an operatic tenor to his regular appearances about the region with guitar (and frequently Barry the fox terrier), Brendon sings with musicality and passion. Come and hear your favourite songs delivered with the honesty of a true acoustic singer songwriter. You can expect original compositions and cover versions of  your favourite songs… and a dog.

Winner of NZ Country Music Entertainer of Year 2018. Ainslie’s new Single ‘My Mum’ has debuted at #2 on the OZ Country Charts, and won Song of the Week. With guitar in hand be sure to catch Ainslie’s set with a mix of cool country and hits of today