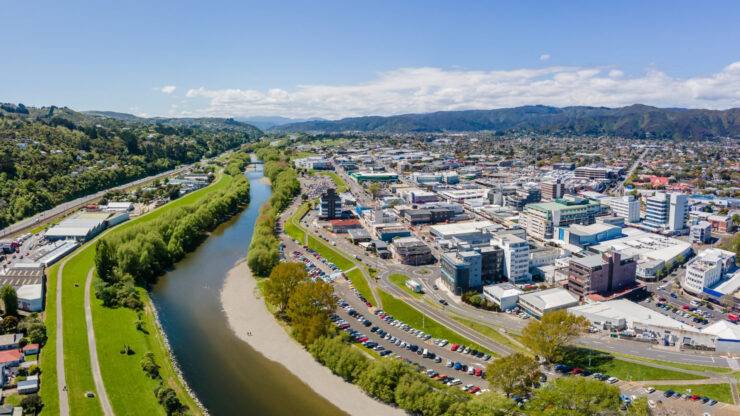 There was a great turnout to the Riverlink open day held at the Dowse Art Museum last year in late November, and there’s another one coming this month.

The open day was arranged for the community to see how the indicative plans are looking for improvements to river health, flood protection, amenities and transport connections in Lower Hutt. On the day there were over two hundred people at the Dowse and over sixty people visited the RiverLink container at the Riverbank Beach.

There’s another opportunity to give your feedback on the plans at the next open day, on Saturday 13 February from 9am-3pm at the Lower Hutt Events Centre foyer.

Here is a summary of the feedback received from the first open day:

Positive feedback was received for the improved network of walking and cycling routes. There were several suggestions for improvements to the proposed design and extensions to routes and improved facilities for people on bikes. Also having better routes through the city was also mentioned by several people attending.

The network of trails received positive feedback and there were suggestions made for improving crossings, access and extended connections. Several people at the open day said they wanted to bike but also scooter and skateboard along the trails. The bridge width was raised as something that needed to be looked at to ensure there was enough space for everyone to use. Safety along the river was also raised.

Several comments were raised about the need to ensure adequate parking in the overall plan.

Overall the feedback was that people would like a pedestrian friendly walkable city with safe areas to cross streets.

People liked the new pedestrian and cycle bridge and that fact it was free from traffic. The width of the bridge was raised as people see multiple users with different needs and expectations using the bridge.

The new interchange is warmly welcomed. There were some comments and questions about the number of traffic lights required and ensuring the design works well for pedestrians and people on bikes as well.

The increase in traffic flow and speed was a concern. People are hopeful that the increase in transport options will mitigate this and the need to reduce traffic throughout the city was mentioned.

People mentioned the range of activities that they use the river for – ranging from horse riding to skateboarding and wish to continue to do these activities. People would like areas to have picnics, BBQs, and walk their dogs. Some people mentioned having public art included in the area and the importance of making sure the area is clean and accessible for everyone to enjoy.

People commented they would like the city to be cleaned up, for empty spaces to be used and streets to be closed to make the city more pedestrian friendly.

People liked the fact the project will make the river more accessible to walkers and cyclists and suggestions were made as to where to have better crossing points.

City Connecting to the River

People mentioned that having housing and cafes along the river would help connect the river to the city.

People were accepting that improvements need to be made but did note concerns about the future disruption of dust and noise.

There were many comments about a clean river being good for wildlife and for people.

Overlapping with a clean river, many people commented that they wanted to fish and swim in the river. Suggestions were made about swimming holes and migration steps for fish to enter into the Belmont Stream.

Planting suggestions were made for shade for people and wildlife. There was lots of support for native planting that would encourage native birds.
Wetlands were mentioned as a means to improve water quality.

Widening the river and letting it become more natural was a common theme in the feedback received.

Comments included providing habitat that supports bird life, managing an apparent rat problem and considering the impact on birds through noise pollution. Establishing a shade corridor for birds was mentioned.