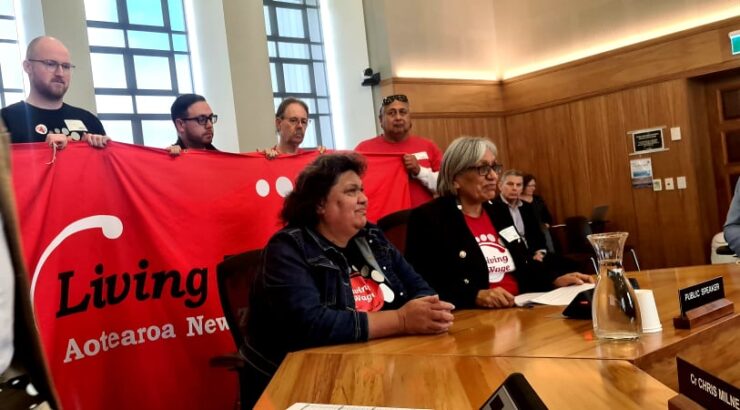 This afternoon Hutt City Council has voted to apply to become a Living Wage accredited employer, as part of its deliberations on the upcoming 2021–2031 Long Term Plan.

“As a long-standing advocate for the Living Wage, I am incredibly proud of our Council moving towards becoming an accredited Living Wage employer,” Campbell Barry says.

“The Living Wage enables people to better support themselves and their families and to live meaningful lives.  It fundamentally reflects the fact that when people work hard, they deserve to be paid a fair wage in order to get ahead in life.”

Mayor Barry says that accreditation will build on the significant work and progress Council has already made to pay the Living Wage.

“We are well on track to becoming an accredited Living Wage employer, with many of our recent contracts being Living Wage compliant.  This next step will ensure consistency across the Council group, and all of our contracted workers,” Campbell Barry said.

The Mayor and Councillors have agreed to Council applying to become an accredited Living Wage employer by the end of the year.  The application will then be assessed, with accreditation expected to be awarded after that.