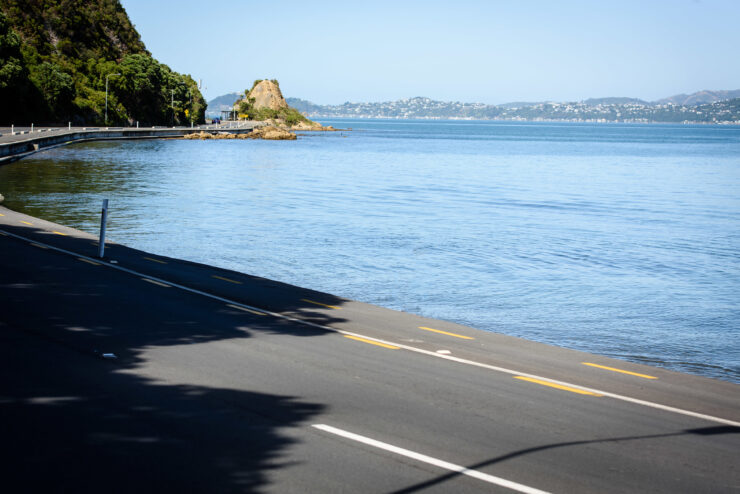 Lower Hutt Mayor Campbell Barry has welcomed today’s news that resource consent has been granted for the Eastern Bays Shared Path, saying that it is a major milestone for the significant project and the provision of world class infrastructure for all active transport users.

“This is a major milestone for the project, and is a step forward to improving the current infrastructure. Instead of forcing users to use the road shoulder at certain points, this project will extend the path and provide walkers and cyclists in the Hutt with options to move freely and safely.”

“As a growing city with more cars on the road, we need to encourage people into active transport modes. That’s why it’s vital we improve these links by investing in world class infrastructure.”

The Eastern Bays Shared Path is being co-funded by the Crown with central government investing $15 million as part of its COVID-19 Response and Recovery Fund.

“The Shared Path will increase the resilience of the seawall against the effects of rising sea levels, and encourage people from all over the region to the Eastern Bays.”

Deputy Mayor and Harbour Ward Councillor Tui Lewis says she is thrilled for all those who reside, visit and are active in the Eastern Bays communities.

“This project has been talked about for decades, so I’m really pleased for the community who finally have confirmation that the project can go ahead pending appeals.”

“Not only will the Shared Path support people’s wellbeing, safety and resilience in the Eastern Bays, it also offers an attractive way in and out of the area that will bolster local tourism.”

Once completed, the Eastern Bays Shared Path will form a part of the larger Lower Hutt walk and cycle network including; The Beltway, The Wainuiomata Hill Shared Path and the Hutt River Trail.

Revisiting protection of our heritage buildings