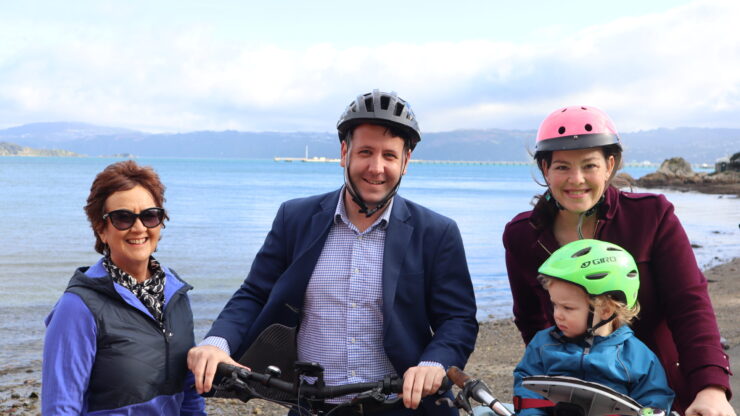 Lower Hutt Mayor Campbell Barry has welcomed the Government’s announcement this morning that it will invest $15 million towards the Eastern Bays Shared Path.

The shared path will create a safe walking and cycling route and connect communities along Lower Hutt’s Eastern Bays, from Point Howard right through to Eastbourne.

Mayor Barry says he is absolutely delighted the Government will invest $15 million of ‘shovel ready’ funding towards the project.

“This is a big deal for Lower Hutt, and particularly the Eastern Bays whose residents have long told us this project is a priority.  With Government support, people can expect to see shovels in the ground early next year, with construction planned to continue through until 2026,” Campbell Barry said.

“Once completed, it will be a major upgrade from the current infrastructure which discourages walking and cycling.  Pedestrians and cyclists are forced to use the road shoulder, which is dangerous and non-existent in some parts.  If we want people to take up active modes of transport, it’s high-quality infrastructure like the Eastern Bays Shared Path which will encourage that.

“Ultimately the announcement today gives the project certainty to move ahead at pace.  While it has been on Council’s books for a number of years, a funding shortfall has meant there had been some delay and uncertainty about its future.

Deputy Mayor and Harbour Ward Councillor Tui Lewis says the fast tracking of the Shared Path couldn’t come soon enough for the local community, who have waited years for this news.

“The Shared Path is one of the most common issues raised with me by local people over the years.  There are major safety concerns from the people of the Harbour Ward, so from my perspective, this was an obvious choice to put this up for shovel-ready funding” said Tui Lewis.

“I’m really happy to see their appetite for safe local transport met by the Government. It’s important that we provide our commuters more options for getting out and about in our city and make sure our spaces are safe for those people who are using them.”

The Eastern Bays Shared Path is the second Hutt City Council project to receive ‘shovel ready’ funding, following the Prime Minister’s announcement last week that the Government will invest $27 million towards the rebuild of Naenae Pool.

The path will provide enhanced connections:

5000 people live along the Eastern Bays, with Marine Drive providing the only road and infrastructure service connections.

Residents have identified that the completion of the Eastern Bays Shared Path, and concern about climate change, as the two most important issues facing the Eastbourne community.

The Eastern Bays Shared Path provides opportunities for protecting the resilience of the road and underground services by upgrading the supporting seawalls.

The road is currently subject to closure, and/or reduced operation, in part due to wave overtopping because of the current state of the coastal edge. In addition to increased connectivity, the path will provide the first step in enabling the Marine Drive road corridor to respond to the challenges of sea level rise.

Replacement seawalls will provide improved protection from storm events for Marine Drive and other infrastructure contained within the Marine Drive road corridor. The replacement seawalls will reduce overtopping and debris on the road and develop a consistent seawall design that can be added to in the future. The shared path will sit on top of the new seawall. The new seawall and associated treatments will provide enhanced environmental outcomes compared to the existing walls. 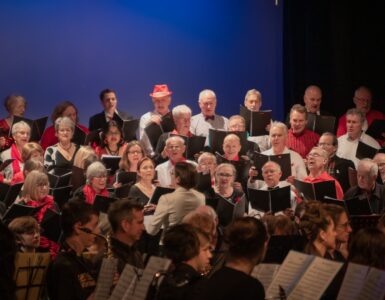 Join us during May as we fill our libraries with music from local schools, choirs, bands, and even our talented staff! 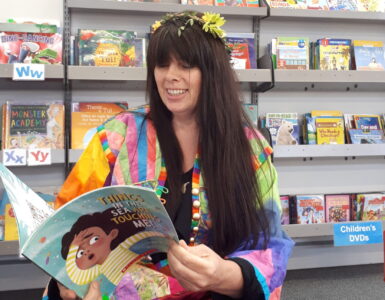 Hutt City Libraries is proud to be participating in the Wellington Pride Festival again this March. 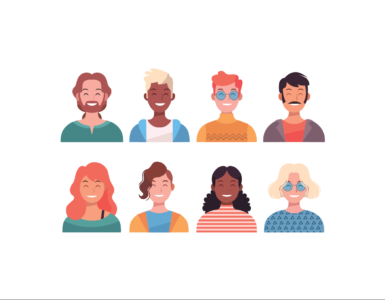 Come along to Lower Hutt’s Dog Day Out!

Days Bay Wharf is is back and better than ever

Council kicks off engagement to take action on climate change