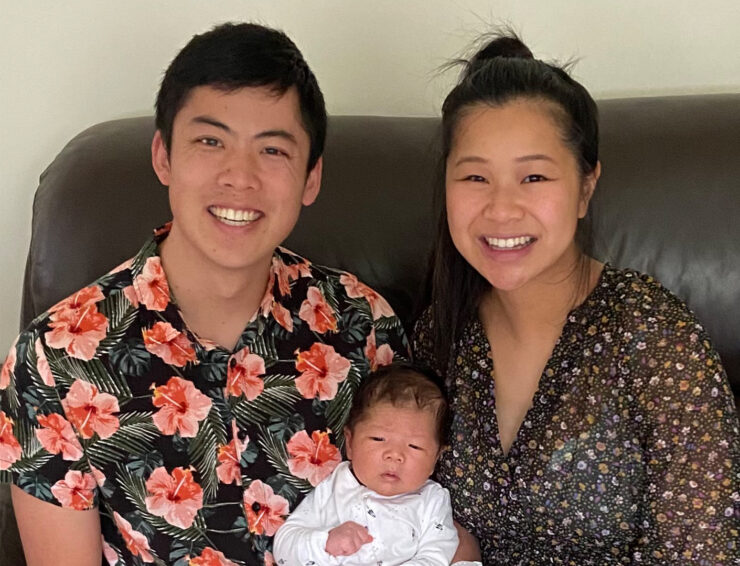 “With house prices being quite high, we were being quite picky, but also realistic about what we could afford. Having grown up in the Hutt Valley I really wanted to stay here. So we started doing some research into new developments in Lower Hutt, including ones done by UPL. When we saw ‘Central Park on Copeland’ we jumped at the opportunity to buy,” says Yang.

The new homes are in a medium-density development of 34 two-storey townhouses, due to be completed in the upcoming months. Ten of the homes were released to market at $550,000, making home ownership a possibility to buyers who had previously been shut out of the property market.

“After living in a couple of flats over the years, as well as Yang’s parents for one year, we started seriously looking for our own place in 2018. We realised we have never actually lived together on our own and now with our son Hudson, we’re looking forward to creating our very own home together. The price of these townhouses is enough to give us a start on the property ladder,” says Julia.

Completed using a combination of greenfield development – expanding housing into areas that aren’t currently developed – and intensification – which involves building housing in existing areas, ‘Central Park on Copeland’ was built with central city living in mind.

“Being in the centre of Lower Hutt means it’s close to all the main amenities, including schools, which are now on our list of things to think about. We’ve also got friends spread all around the Wellington region and Lower Hutt is a nice central point where it doesn’t take too long to get to Kilbirnie or to the Wairarapa.”

Urban Plus Chief Executive Craig Walton says ‘Central Park on Copeland’ is yet another prime example of medium-density residential development for Lower Hutt which has attracted healthy buyer interest.

“People’s taste in housing is evolving. ‘Central Park on Copeland’ is an example of how high-quality, architecturally designed housing can be built on a relatively modest area of land and still offers a very high quality of life for residents.

“With property prices increasingly making homes in Wellington difficult to secure, we weren’t surprised when 80% of the townhouses were under contract within the first two months of being on the market. The development is completely sold out now.”

“If we’re serious about tackling the housing crisis in our city and creating homes for those who need them most, then we must be serious about increasing the supply.”

“Development of this kind proves that by intensifying greenfield development in a responsible manner, we can respond effectively to the limited availability of first-home opportunities in Lower Hutt.”

More greenfield and medium-density development is high on the list of priorities for Hutt City Council Chief Executive Jo Miller.

“As well as making better use of land, medium-density housing meets a wide range of needs, is lower-maintenance for those with busy lifestyles and can be more energy efficient.

“Its proximity to services and transport also reduces dependency on cars, which saves people money and lowers carbon emissions. If people opt for active transport, it can improve their health as well.”

The profits from ‘Central Park on Copeland’ will be re-invested into other Urban Plus housing projects such as growing the company’s rental and community housing portfolio.

Today marked the opening of Ron Deal Way in Epuni – where the Central Park on Copeland development is. Mrs Gloria Deal (Ron’s wife) was invited to unveil the new street sign.

Ron Deal began his career collecting rates on a bicycle and being a people person, he revelled in the job – and very much enjoyed the home baking he received along the way.

He rose up through the Hutt City Council ranks being appointed Deputy Town Clerk, Town Clerk and Chief Executive. He was passionate about Lower Hutt and was especially proud of the work he did on Riddiford Garden and the roads around it. 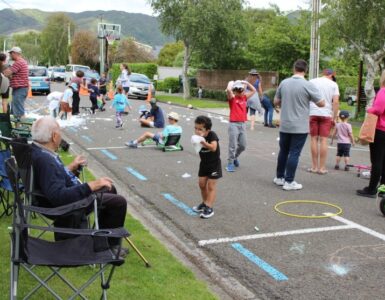 Our local neighbourhoods have been a hive of activity as Play Streets take off across Lower Hutt.  Three Play Streets have ignited fun and connectedness over the past couple of months as residents take back their quiet... 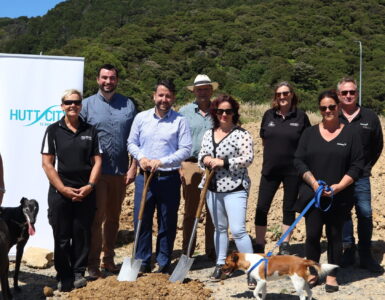 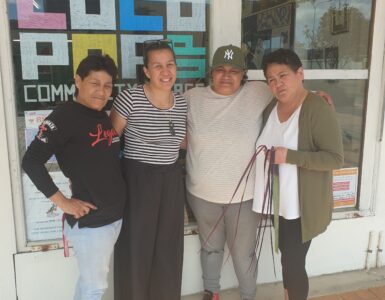