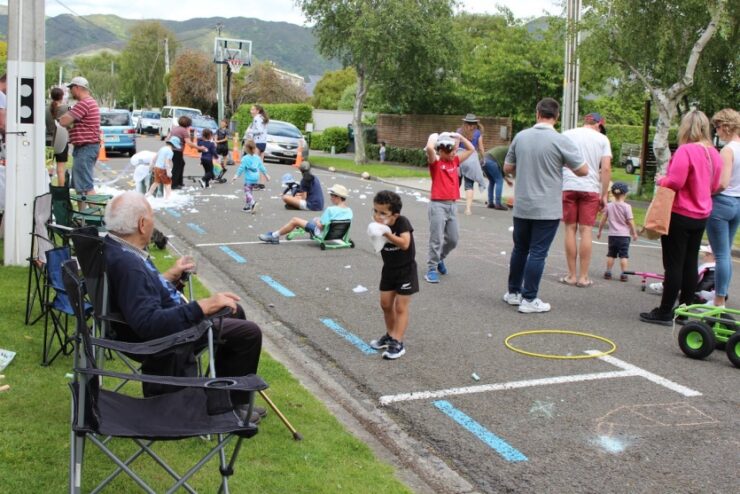 Our local neighbourhoods have been a hive of activity as Play Streets take off across Lower Hutt.  Three Play Streets have ignited fun and connectedness over the past couple of months as residents take back their quiet streets and play right outside their front door.

Hart Avenue in Boulcott became a Play Street, with approximately 45 people participating along with 15 children between the ages of two and twelve.  This quiet well connected street became a play paradise filled with an abundance of excited children.

Residents said they were blown away at how all the play equipment was made available for them to take back their street and use it for play.  “I want to stay here forever” said one of the children lying in the foam.

Hart Avenue is a community within a street, everyone knows each other and it’s a well-connected group of similar-aged families. Residents said this was a great way to take some time out from what has been a busy and unsettling year, to reconnect with those around them.

Chilton Grove in Hutt Central also came alive with a Play Street activation. There were bubbles, basketball, cart races, sprinkler action, a whole heap of foam, hopscotch and a great deal of fun had by all ages.

Around 50 residents and visitors to the street participated including twenty children, their parents and their grandparents.  One resident involved in the Play Street said “it was a great moment of community connectedness”.  Play Street activities reinforce that by temporarily excluding cars you can provide a great opportunity for coming together as neighbours.

Natusch Road residents in Belmont made the most of their street to create a street Christmas party to remember.  The potluck Play Street brought all the residents together to share kai and play.

When asked what activities were being enjoyed by the children the most, one parent replied that the street itself (with no cars) was the one thing their child was enjoying.

There was lots of squealing and yahooing as the children raced the wheeled equipment down the steep street.

Again, the Play Street brought all the residents together which included all generations, for a safe and fun experience.

The Play Streets Pilot is an international movement where communities take back their quiet streets and neighbours play freely using the space to connect and have fun.  They create a safe environment for free play and being active and lead to friendlier and more connected neighbourhoods.  This is evident from the three different events recently held in Lower Hutt, across three different neighbourhoods which were a massive hit.

Play Streets are organised and executed by residents in the street, these play champions, with our support, make these events happen and come to life.

To find out more about holding a Play Street event visit Active in the Hutt or email play@huttcity.govt.nz. 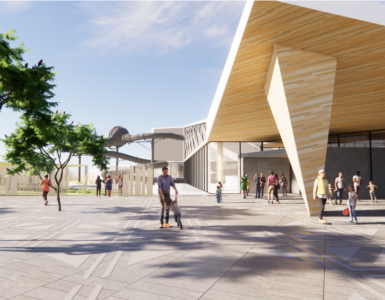 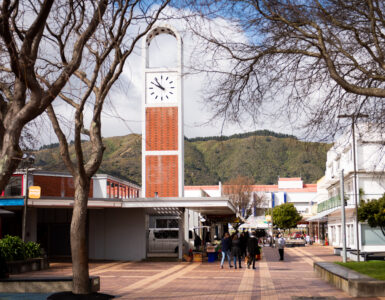 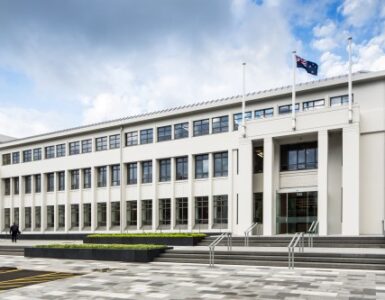 Preliminary results from Hutt City Council’s Central Ward by-election reveal that Glenda Barratt is the likely front runner to be the city’s new Central Ward councillor. The result is close with only a small number of...