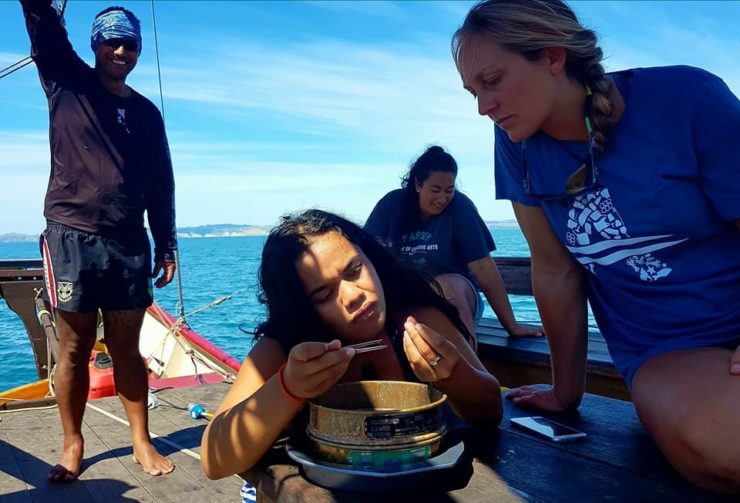 The perils of plastic pollution

Lover and friend of the ocean, Raquelle De Vine, has set her heart on pursuing the conservation of our oceans and protecting it from the plague of plastic pollution.

From reading scientific papers late into the night and dreaming of working at sea she now has over 16000 nautical miles of blue water sailing with Algalita Marine Research and Education aboard the Alguita Oceanographic Research Vessel.

On board she is First Mate, second in charge to Captain Charles Moore, the discoverer of the swirling soup of plastic pollution in the pacific – now known by many as the “Great Pacific Garbage Patch.”

As leaders in the movement to end plastic pollution, Algalita educates and equips local and global influencers with the knowledge and resources needed to ignite true change in business, habits, policy, and beyond.

In November 2016, they conducted a six-month long voyage to and throughout the Eastern South Pacific. The goal was to locate, map, sample, and assess the current state of plastic pollution in the South Pacific accumulation zone. What they found confirmed the disturbing presence of the persistent pollutant, plastic, and that the threat extends to even the smallest and remotest areas of our earth.

“We’re excited to host Raquelle during Plastic Free July and connect Lower Hutt with the valuable work she has been doing to inspire and educate communities towards a strategic shift away from waste. And through school engagement we hope to empower our tamariki to become future change-makers,” says Programme Development Manager, Lillian Pak.

Equipped with the knowledge gained from the expedition and having seen the perils of plastic pollution first hand, Raquelle is visiting Lower Hutt during Plastic Free July to share her experiences with you, to discuss the relevance to Pōneke (Wellington), and how it will affect you.

We want our community to reduce rubbish by rethinking; refusing, reusing, repairing and recycling so that we have a thriving environment, now and into the future.

We’ve recently made some changes like limiting our plastics collection to 1 & 2, making our recycling stations plastic-free and the upcoming, nationwide, plastic bag ban. You’ll be hearing more from us soon as we continue to ‘sort out waste’ in Lower Hutt.

Insights from a day out in the world of waste

Recycling changes on the way for Lower Hutt