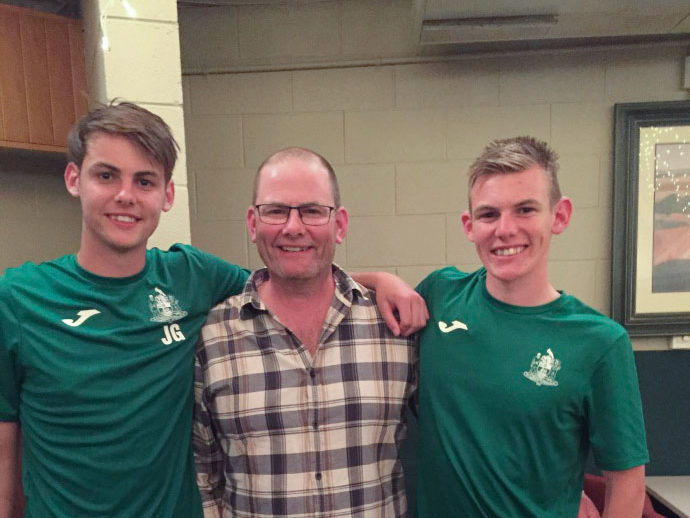 Paul Grant has been involved with the Lower Hutt City Football Club for more than 30 years, taking to the field at Fraser Park as a 13 year old fresh from England. He started coaching and managing teams in his early twenties.  Over the years, he coached or managed junior teams at Under -14 and Under – 8 level and managed senior teams competing in the Open and Masters grades. He was involved in the creation of a Masters team for the club – the Longballs – and played with them until 2016.

I joined Lower Hutt City AFC as a 13 year old in 1984 after emigrating from the UK with my family. My three brothers and I were enrolled as juniors with the club in the Hutt Valley league (as it was then) and we would often be drawn on Fraser Park Extension. I remember cold frosty mornings and hard plastic balls.

I was involved in establishing the club’s first Masters team, the Longballs, in 2004 and played for them until 2016. We played our first game on Fraser 1, winning 2-0 over Marist.

I enjoyed great banter in the changing rooms – especially when more than one Lower Hutt team was drawn to play on Fraser Park at the same time.

What do you think about the new Sportsville development? How has/will Sportsville change things for your sport?

One of the key benefits that I’m looking forward to is the sense of community and strengthening of the club that the development will bring. It has previously been difficult to achieve this. While we were at Bell Park the senior mens’ and womens’ first teams would play games there and most other senior and junior teams would play at Fraser Park.   Hopefully the new sports facilities will attract new members as well.