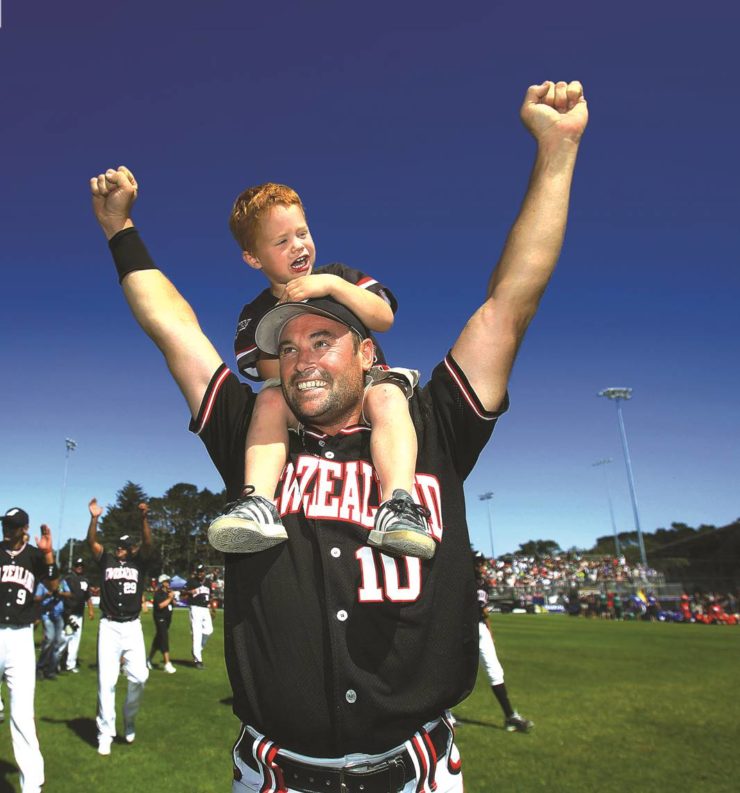 Former Black Sox captain Rhys Casley was a member of the Black Sox from 2001-2013 and Captain of the team from 2009 to 2013.  He was captain of the New Zealand softball team which won the Mens’ Softball World Championship, hitting the winning home run in the final against Venezuela.

I was five when I started playing for Wainuiomata and we had games at Fraser Park.

My first memories are watching my Dad playing at the old skin diamond under the grandstand when I was about five. I went on to be the bat boy for my father’s team, Hutt Valley Marist, when I was about eight or nine. I really loved being around the team. I was paid in lollies and was a young fella out with Dad. They used to treat me really well and I was exposed to sport at the top level and enjoyed interacting with players from all over the world.

About 35 years from when I was five until I played with the Dodgers in the last five years of my career.

Can you describe some highlights from your association with Fraser Park?

In 2001 I debuted for the Black Sox in a game against Japan at Fraser Park, which we won. It was really nice to play that game on my home-ground in front of family, friends and Hutt team mates. The Black Sox didn’t play at Fraser Park a lot but we ran some coaching clinics and had a lot of training sessions there.  It was great to interact with the locals. When I was playing with the Dodgers, Fraser Park was our home ground.

What do you think about the new Sportsville development? How will it change things for your sport?

What a great facility to have for the Hutt.  I hope in time we can hold big international sporting events to showcase our community.  It would be great for our own national teams to also utilise the facility and help create awareness for our respective sports. Hopefully we can get our national teams back here to play.  Softball still holds a special place in our community and has a very rich heritage and a fantastic legacy of success.