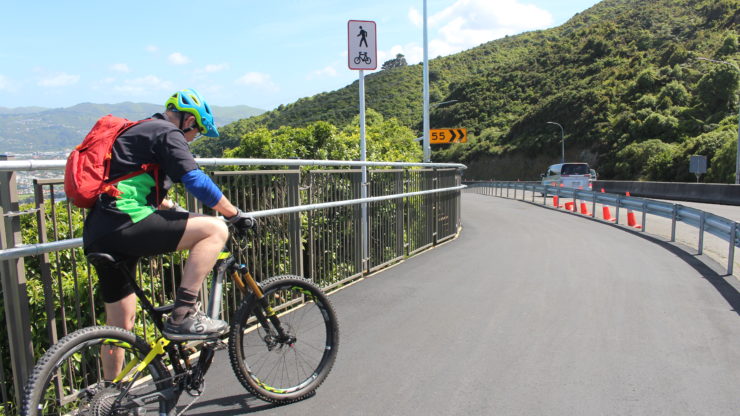 The seal has gone down and the bicycles are out on stage one of the Wainuiomata Shared Path.

The new route, which will run from Gracefield to Wainuiomata, is part of a $28 million investment by Council and the New Zealand Transport Agency (NZTA) in a network of walking and cycling routes for the city.

Council’s Senior Project Engineer Simon Cager, who has led the project since 2015, says “it’s fantastic to see the seal go down on stage one of the Wainuiomata Shared Path.

“With the opening of the Pukeatua Bridge in 2015, and now stage one of the shared path, we’re seeing more and more people walking and cycling the Wainuiomata Hill.

“I’m looking forward to the completion of the project in 2019.”

The development of the shared path is broken into two stages: the now open stage one, Gracefield to Pukeatua Bridge, and the to-be-completed stage two, Pukeatua Bridge to Wainuiomata. It features a four metre off road sealed path for pedestrians and cyclists, new roadside barriers and upgraded LED street lighting.

Work on stage two began in July with vegetation removal, earthworks and new retaining walls. Construction is expected to take eight months, with completion of stage two in May 2019.

Read more about biking and cycleways

Andrews Avenue gets a makeover

Getting the community moving towards the benefits of active transport

Four wheels isn’t the only way