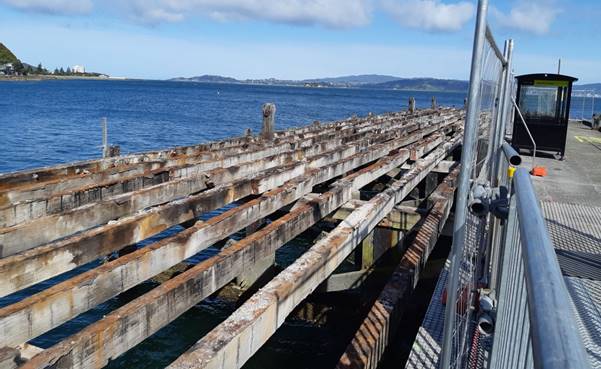 People hailing from the Eastern Bays and visitors taking a trip to Days Bay will notice that the wharf has lost its deck.

The Days Bay Wharf, currently undergoing refurbishment, is in the midst of a transformation from a precast concrete deck to an innovative new fibre composite deck.

Hutt City Council Strategic Advisor Bruce Hodgins is excited about the new material being used in the construction of the new wharf.

“The new fibre composite deck is strong and significantly lighter than the previous concrete deck. It’s in panels which can be easily removed making future maintenance work simpler and more cost effective and it’s flexible which means it will be more resilient in an earthquake.

“We have removed a total of 164m3 of concrete from the project by making this change. It has been taken to Centre Port where it has been crushed and re-used in work there.

“All of the timber is either being reused on the wharf, in local projects, or sold to a local reclaim yard. We’ve donated some to the Men’s Shed and Wellington Zoo has requested some for their Little Blue Penguins.”

“Our community have been strong advocates for the refurbishment of the wharves. With Rona Bay completed in December last year and Days Bay well under way we’re looking forward to seeing the wharf once again being enjoyed by the community.”

The Days Bay Wharf refurbishment project is expected to be completed mid 2020, meaning that it will not be able to be used for recreational purposes this summer.

Bruce Hodgins, says he understands that visitors will miss access to the wharf over summer and he can see the appeal of jumping off the wharf. But there are some worrying hazards to consider.

“The wharf is a construction site with many of its piles and beams being replaced, so there is the potential for accidents.

“We can’t build a fence around the entire wharf as it’s still being used for the ferry so we’re asking people to not jump off it, go under it or try to climb on it.

“Rona Bay Wharf should not be used as an alternative, as the water is too shallow to be safe. The Eastbourne Summer Pool will be open from Saturday 9 November and of course people can still swim in the ocean, out to the pontoons and enjoy other water sports like kayaking.” 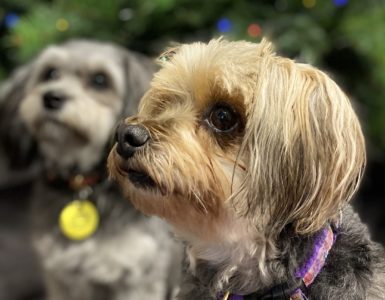 Since launching Doggone in July this year 280 dogs were reunited with their families. 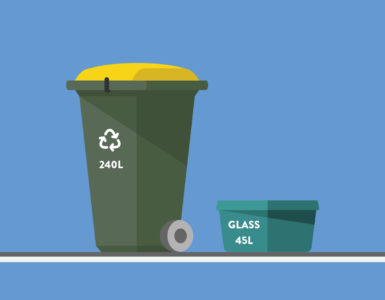 The way we collect rubbish and recycling in our city needs to change. 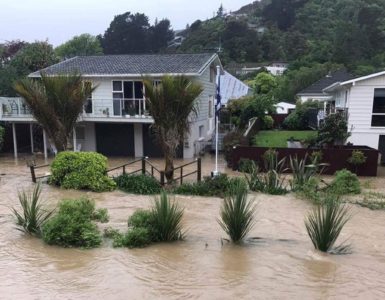